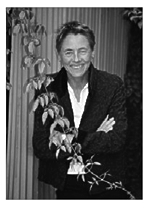 Susan Hawthorne is a poet, novelist, academic, activist and circus performer. Her books include poetry,The Butterfly Effect (2005) and Bird (1999), a novel, The Falling Women (1992/2003) and Wild Politics: Feminism, Globalisation and Bio/diversity (2002) based on her PhD. She has also edited numerous anthologies, the latest of which are September 11, 2001: Feminist Perspectives (2002, co-edited with Bronwyn Winter) and HorseDreams: The Meaning of Horses in Women’s Lives (2004, co-edited with Jan Fook and Renate Klein). She is co-founder with Renate Klein of Spinifex Press and a Research Associate in the Department of Communication, Culture and Languages at Victoria University, Melbourne. She has been published in literary, feminist and academic journals including Sinister Wisdom, Rain and Thunder,Ms Magazine, Off Our Backs, Tessera, Signs, WSIF, Canadian Women’s Studies and many others