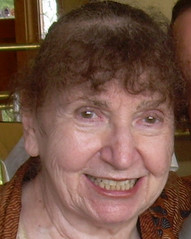 Phillipa Kafka was a professor for thirty years in the English Department of Kean University, Union, New Jersey, where she also directed the Women’s Studies program.  When she retired in 1999, she was rewarded for life with the title of Professor Emeritus (in her case, Emerita). In 1976 a conglomerate monopoly, the “Old Boy WASP Network,” controlled English departments where the term “English” exposed a narrow ethnocentric preference as to what constitutes “great literature” and still does.  Writers and critics assigned in course syllabi consisted almost entirely—99 percent—of white males, dead or alive. From that point until her retirement, she expanded this traditional literature canon by creating African American Women Writers and Caribbean Women Writers courses and a pioneering Multi-Ethnic American Literature course which included women writers.  She also inserted women writers into pre-existing courses such as World Literature and African American Literature. She described and analyzed the results in journals such as MELUS; in collections on Filipina writers, on Jewish women writers (which she also edited), and later published an essay in a collection on “confronting retirement.” She presented papers at conferences such as the African American Writers in Paris Conference at the Sorbonne, in 1992, where as an invited member of the African American women writers’ panel she read her paper on Nella Larsen to a standing-room-only crowd.  From 1993-2003 she published five full-length books on women writers who suffered gender, ethnic, race, and class prejudice: The Great White Way: African-AmericanWomen Writers and American Success Mythologies; (Un)Doing the Missionary Position: Gender Asymmetry in Contemporary Asian American Women's Writings; (Out)Classed Women: Contemporary Chicana Writers on Inequitable Gendered Power Relations; "Saddling La Gringa": Gatekeeping in Contemporary Latina Writers; On the Outside Looking In(dian): Indian WomenWriters at Home and Abroad. From 2000-2010 she served on the editorial board of “Femspec,” a feminist journal, where she worked as line editor, judged submissions, and reviewed books. Nowadays she cultivates her own rose garden, exercises regularly in the health club, and occasionally plays the piano (badly); basks in the beauty of her home overlooking Lake Mead; delights in the wonderful lives of her three children, now-middle aged, who all serve society in their chosen careers, and in Olavi Koskinen, Jr., her companion for thirty-one years.