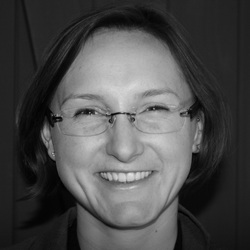 Laine Slatton is currently a grant writer working in New York City.  She spent most of her childhood in a suburb of Nashville, Tennessee. After graduating from Vanderbilt University with a B.A. in Women's and Gender Studies, and leaving behind several jobs and several cities, she found herself to be a resident of New Jersey. She enjoys cooking, reading, learning to do useful things, hiking, backpacking, and basically finding any excuse to get outside of the City and head toward upstate New York, where Laine and her husband, Houston, own a shack-of-a-cabin and thirty acres.