​Exceeding the maximum weight
one woman can carry,
a competent life
splits into symmetrical halves
that meet at high noon
day after day
until the only remembered thing
is that the other must be killed
before lunch.

Imagine for a moment
I was not the problem,
not at first.

​“Capacity” comes from a realization most—if not all—women experience: the self as defined by the female body can never be or do enough. Fracture is inevitable, and that fracture is often something that occurs invisibly, internally. How much of self-hatred comes because we have been turned against ourselves by those who benefit? To me, feminism is about redirecting the energy away from self-loathing and towards external, systematic, global change.

This poem is part of a manuscript for my second book. The project came about when a white, male editor read some of my work and described it as “very good, but quite gendered.” I recognized the comment for what it was meant to be: a criticism. But I processed it as a dare. You want gendered? I’ll show you gendered.

My anger and sense of alienation found a home in a parable of a Tibetan woman who was shunned for her furious demeanor. So she is ultimately the speaker of this poem and others in the project: the woman who stays angry deliberately, the woman who fights for her space and keeps it on her terms.
​
I am deeply honored to be part of TRIVIA, and I feel a sense of solidarity with the editors, writers, readers, and supporters. Fight on. 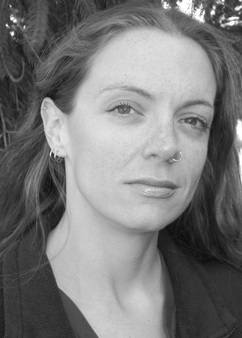 Jessica L. Walsh was born in Ludington, Michigan. She received her B.A. from Kalamazoo College and her Ph.D. in literature at the University of Iowa. She teaches at Harper College. Her poems have appeared in Ninth Letter, In Posse, Crab Creek Review, The Catalonian Review, Red River Review, and many other journals. She was a featured poetry blogger at the Tupelo Press 30/30 Project in 2014. Her poetry has been nominated by editors for the Pushcart Prize and Best New Poets, and she placed second in the 2014 Illinois Emerging Writers Gwendolyn Brooks Poetry Competition. She is the author of two chapbooks, The Division of Standards and Knocked Around, and a book of poetry, How to Break My Neck.

Links to her poems and information are available on her website.