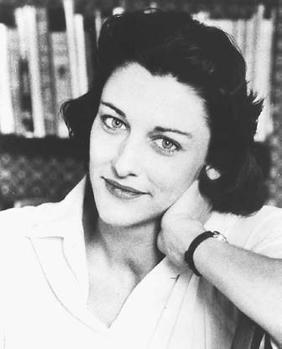 Since 2009, I have taught a first year liberal arts seminar on Anne Sexton at DePaul University. Sexton’s work and life have yet not to educate, inspire, and shock my millennial students as well as I, who fell in love with her poetry at the age of eighteen. A portion of my class and I feel conflicted liking this tortured and abusive woman who was also a maverick poet, nurturing teacher, and reluctant feminist. Yet no matter our position on Sexton as a person and artist, we, including the men, are all disgusted by the sexism imposed upon her in the mid-twentieth century.
​
Along with studying Sexton’s poetry and biography, my students watch early to mid-twentieth-century hygiene films and commercials geared toward women. From them, they see how societal and cultural attitudes played their part in Sexton’s first breakdown. While one 1940s film "slut shames" a teenage girl who "[parks] in cars with the boys at night," a Xerox commercial from the mid-sixties showcases a ditzy, bosomy, and "fast" office worker who states her clerical ineptitude with typing and dictation, but at least she can work the office’s new Xerox machine. But Why Study Home Economics stands as the most revealing film. In it, a home economics teacher promotes the study’s usefulness not just in maintaining a household and raising children but as critical knowledge that can aid a woman taking a college-level chemistry course. Many students laugh at these films and commercials, but only a few articulate that the clips’ detrimental and patronizing attitudes toward women explicitly and implicitly remain today worldwide.
​
Forty years since Sexton's The Awful Rowing toward God was posthumously published, her voice remains not only vital but necessary. Recent examples such as Texas’s defunding of Planned Parenthood, the kidnappings and rapes of Nigerian school girls by Boko Haram, criticism and mocking of Caitlyn Jenner’s transition as well as the transgender community itself, and Donald Trump calling a lawyer “disgusting” when she excused herself to pump breast milk encapsulate the following insight from Sexton’s iconic poem “Her Kind”: “A woman like that is not a woman, quite.” Embarking a close read of Sexton’s poems reveals her work is not strictly white privileged feminism but global.
​
While it is true that Sexton does not immediately come to mind when reading or discussing the work of Black or Hispanic female writers, her poetry’s themes and subjects—trauma, violence, sexual freedom and repression, and liberation--align with poets Audre Lorde and Gloria E. Anzaldúa. In 2000 Palgrave Macmillan published We Heal from Memory:  Sexton, Lorde, Anzaldúa, and the Poetry of Witness. In her introduction, Cassie Premo Steele argues, “In showing us the pain that such violence inflicts, these American women writers help us to realize . . . the horror of such violence.”
​
It was this horror that John Holmes, one of Sexton’s poetry teachers, warned her not to explore as writing material. Though instead of acquiescing to her male instructor, Sexton elegantly refutes him in “For John, Who Begs Me Not to Enquire Further”:
​
Not that it was beautiful
but that, in the end,
there was a certain sense of order there;
something worth learning
in that narrow diary of my mind.
….
There is something I could never find
In a lovelier place, my dear,
Although your fear is anyone’s fear,
like an invisible veil between us all . . .
​
Despite social, cultural, and economic advances for women since Sexton’s time, “something worth learning” remains nearly sixty years after that poem’s publication. Case in point--the continued attacks on women’s well-being, reproductive rights, and sexual desire. While most recently Planned Parenthood has felt the U.S. and state governmental sting, this summer the U.S. House of Representatives passed the Pain-Capable Unborn Child Protection Act, which would ban abortions beyond 20 weeks. And only in the past twenty-five years has world media and society addressed the sadism of Female Genital Mutilation (FGM) (most notably in Alice Walker’s 1992 novel The Temple of My Familiar). This summer, Nigeria joined Chad, Cote d’Ivorie, Ethiopia, Burkina Faso, Niger, Ghana, and eight other African countries in outlawing FGM. Yet the irony cannot be lost that Nigeria is the same country where Boko Haram terrorizes the country’s girls seeking an education. Today especially there is “an invisible veil between us all . . .” that does not allow the patriarchy to see women as multi-dimensional humans worthy of equal civil and health rights.
​
Three poems in particular that lifted the “invisible veil between us all” are “The Abortion,” “Menstruation at Forty,” and “The Ballad of the Lonely Masturbator.” “The Abortion” shares Sexton’s journey to and from the procedure “wondering when the ground would break, /and me wondering how anything fragile survives.” Likewise, Sexton mourns the son or daughter “never seeded or unfastened” throughout “Menstruation at Forty,” and she delicately and honestly depicts herself masturbating toward sexual ecstasy after learning a lover has married someone else in “The Ballad of the Lonely Masturbator.” Sexton’s lyrics and verses dignify and validate female complexity, sexuality, and humanity.
​
But when Sexton addresses physical and sexual abuse, she yanks off that veil. As revealed in the late Diane Wood Middlebrook’s controversial 1991 biography and her eldest daughter Linda’s first memoir Searching for Mercy Street, Sexton endured physical abuse from her husband. Her poem “The Wifebeater” paints a picture of “. . . mud on the carpet tonight/and blood in the gravy as well./. . . ./He strides back and forth/in front of my study window/chewing little pieces of my heart.” Middlebrook confirms that Sexton’s husband Kayo would pick up her typewriter and hurl it across the room.
​
And two poems in particular allude to paternal incest: "The Moss of His Skin" and "Briar Rose (Sleeping Beauty)." In “The Moss of His Skin,” Sexton utilizes ancient Arabia’s funeral rites where young daughters were “buried alive next to their dead fathers . . .” to serve as an incest allegory:

It was only important
To smile and hold still
to lie down beside him
….
to sink from the eyes of the mother
and not to talk.
​
Likewise in “Briar Rose (Sleeping Beauty),” the father of Briar Rose destroys the spinning wheels along with his daughter’s innocence: “Little doll child, /come here to Papa./Sit on my knee./I have kisses for the back of your neck./A penny for your thoughts, Princess./I will hunt them like an emerald./Come be my snooky/and I will give you a root.” Later in the poem, when the prince plants his kiss on Briar Rose  “. . . she wakes up crying:/Daddy!  Daddy!”
​
However, she herself was not faultless; as revealed in Middlebrook’s biography, Sexton sexually abused her daughter Linda, whom elaborated on this further in her memoir. Yet abuse does not happen in a vacuum. In its 2013 factsheet Long-Term Consequences for Child Abuse and Neglect, the Child Welfare Information Gateway concurs that a segment of child abuse victims risk becoming adult perpetrators. In addition to the physical, emotional, verbal, and sexual abuse Sexton claimed her father had committed, the biography stated Sexton’s mother would give her frequent enemas, one form of maternal incest, and that her great aunt touched her inappropriately.
​
Ultimately, Sexton’s poetry proves she is a prophet as well as a witness for all women. Erica Jong, who Sexton mentored and championed toward the end of her life, leaves us with this quote toward the end of Middlebrook’s biography: "If Anne had stuck around another 10 years, the world might have caught up with her."

Anne Sexton entered my life when I was a college freshman after I discovered and read the poetry and prose of Erica Jong whom she mentored and encouraged toward the end of her life. As a fellow writer myself, her poems and Jong’s were the first pieces of literary art to inspire and influence my own work. Finally, after years of being taught dead, white, male authors, I found two writers who allowed me to embrace my true voice and themes. Most importantly, Sexton spoke to me as a fellow woman who lived with depression, an illness I began experiencing as a sixteen-year-old. Sexton’s beautiful and delicate images on ugly and rough subjects, language, and honest voice taught me the foundation of writing and touched me as a fellow depressive.
​
As I grew older, I began connecting with Sexton’s struggles as a woman and mother and how she fueled them into resonant poems that are now part of literature’s canon. When Diane Wood Middlebrook’s biography was published in 1991, I read through it in a few days. Since 2009, I have used my study of and inspiration from Sexton to teach a liberal arts seminar for First Year Students at DePaul University in Chicago. Teaching Sexton has further inspired my own writing and life. My working novel tackles a sensitive issue first brought to my attention when I read Middlebook’s biography. Yet, what I find most rewarding is knowing and seeing my millennial students leave with a better understanding of Sexton’s poetry and how to read poetry itself in addition to gender roles, feminism, sociology history, psychology, mental illness, motherhood, and artistic inspiration and influence. Forty years after her death, Sexton has touched a new generation and will touch future generations.  Her art never becomes dated. 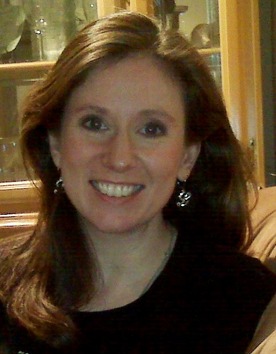 An alumna of The Op-Ed Project, a graduate of The School of the Art Institute of Chicago's MFA in Writing program, and an assistant editor at Narrative, she is currently working on her first novel and short story collection. She teaches part-time at DePaul University, where she also serves on DePaul Women's Network, and tutors writing at Wilbur Wright College.

She lives in Chicago with her husband, daughter, and dog.  Follow her on Twitter: @LauraDurnell and her blog Hecate’s Hangout.