She slips the paper off the birthday gift.
Whose blood am I? Not even a dot. No spot
remains in the picture frame. Seven faces:
her mother and child sealed into their spaces
with father, mother-in-law, husband in slots.
I'm hands down out of the picture. My body
is quivering. The gypsy woman said, her hands,
her hands above her head, her head: "Now mind
your step, your milk will not flow. Give up the wish
for blood inclusion. You're crucified." No matter
how hard I try, I try, I can't be that glossy
under Plexiglass sky. Step-water, not sangre,
I'm a stepping stone, like the gypsy said,
in streams of afterthought, in riverbeds.

In "Flow," I wanted to establish an upbeat musical backup as a counterpoint to the grim preoccupation. I kept listening to Lady Gaga's "Bloody Mary" to get the rhythm I wanted. This is the most rhythmic sonnet I've ever written. 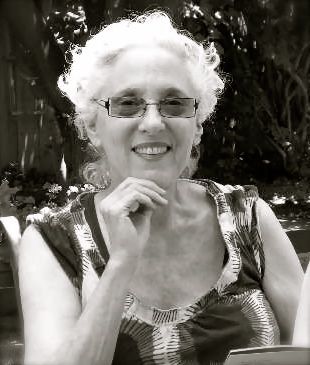