Forget you ever wanted to be an artist.
Nobody wanted your art. Buckle down and be a

On the generous slope of the attic ceiling
I painted two Indian eagles whose great
spread wings covered wall to wall, heads tilted
upward in bold inquiry so they could strong talk
me when I lay in bed, crying with smart and hurt.

People called it quaint, my house—built by me
and a dictatorial architect, on inherited land,
two large honest flats, one East, one West,
a tiny Doll’s House flat, plus my studio, and my attic
that homed me, a sanctuary from the rest.

My strength, my weakness: too much awareness
of people’s peculiarities—boards creaked differently
to each tenant’s tread, each one’s hush a different silence.
In time, you’ll make yourself hard, hard, advice
from a friend, inured to tenants’ insults and vagaries.

Yi-eee wailed the fiddle of a child’s incessant practice.
Thuds and howls from delicate Jane, and her flower-
loving husband who waged genteel war. Thundery threats
from the Reverend Predergast to his cowering wife,
a vast woman with too little wind and only one eye.

The tramp, tramp, tramp of a bachelor, impatient in his wait
for a wife.  Then the satisfied crunch crunch of his rocker, once
a fiancée was found.  Loud demands from two large folk who
claimed the Doll’s Flat,  but won’t it be squeezy? No! they roared.
The happy quiet from Mrs. Jergenson, long stalked by death.

Circled by a whirl of dogs, my cat and my monkey,
I began to live each day, stoking the furnace maw,
clearing snow that fell faster than my shovel could throw it,
cleaning the filth left by run-away no-goods, calling
once again, the plumber, the carpenter, and the law.

Art kept poking me from unexpected places: my canvasses
whispered: Quit this. My strong-talk eagles spoke: Go back
to your real job.  I know that art is greater than ourselves.
After twenty-two years of frozen pipes and broken leases
I sold the House of All Sorts.  Homeless and penniless,
I began to live each easel-filled day.

Sources: The House of All Sorts, by Emily Carr; Emily Carr: An Introduction to Her Life and Art, by Anne Newland.

The art of Emily Carr seized my attention in the 1970s and continues to grip my imagination, as I acquire biographies and presentations of her work. Her respect for, and interpretation of, native Canadians, her devotion to animals, her determination to forge her own identity as a person and as an artist—her iconoclasm and independence—inspire me. In 2012, at a library book sale, I stumbled upon one of her several books, The House of All Sorts, which details her life as a landlady in the early 20th century. Her amusing and acerbic descriptions of her experiences, and her yearning to return to her art, shape this persona poem. 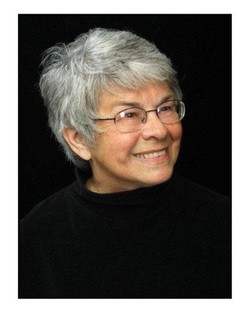