The bird hit the window, hard, and fell straight to the ground. It lay on its back, stunned, eyes blinking. I knew there was probably nothing that could be done -- such a fragile creature, tiny bones. It didn’t look like it was in pain, at least this is what I hoped. I went to look for help and all I could find was a maintenance worker – a guy whose job it was to fix engines, not animals. He gruffly propped the bird upright and said, “I’m sure he’ll be fine. Probably just got the wind knocked out of him.” The bird teetered and blinked. I watched her for a while, and then went on my way, vowing to check on her later. When I returned, her eyes were closed. Her teetering had stopped. My heart fell, and I wondered if her bird friends and family knew. Were they watching now?

I've been pretty strongly impacted by the Seattle murders of last week here. S doesn't understand why I've been so upset by them, as I didn't know any of the victims directly. It just feels very close to home for me; a concentric circle just a few circles out from mine, but one that overlaps and which I have frequented as well – though had I not gone to grad school, had I not been as middle class, I could've been in this world more directly. So it's not my world, but it's part of my orbit. One of the guys who was killed -- the main guy who most people are freaking out about dying – well, he looks like someone I would have dated back when I dated boys, and had I run away and joined the circus...

Also, since I was so caught up in watching the day unfold, with the news on constantly, and the manhunt for the murderer(s) ... well, it was a lot. I think I have a bit of secondary trauma as a result. I've not been able to sleep soundly for the past four nights; I wake up thinking about the victims every night. I see their faces; I replay their last moments.

Anyway, I also appreciate you reminding me of how upset I also was at the recent slew of sex worker murders, and how this is part of a larger pattern of evil and disconnection and violation and anti-human violence ... and it makes me think about the 100 massacred in Syria last week, and how the mass murders there (most likely by the state of Syria) are an extension of this mass murderer here, which people like to neatly contain under the label of the perpetrator being "mentally ill." I'm sure he was, but if that's the case, then can we also declare the government of Syria mentally ill? No, of course, for all these cases it's far more systemic than this.

And I've been thinking a lot also about art and music and community, and how this is perhaps all that matters when facing such trauma, such unthinkable and unexpected violence. All the vigils, memorials, fundraisers, testimonials ... all of this is for the living, so that they can remind themselves that they are still alive, and gain strength to carry on. It has nothing to do with "God" or taking the dead to the next life. It's about publicly declaring that the dead are actually and really gone, so that the living can keep moving and dealing with the unimaginable loss of a loved one by striking a deal in one's head by convincing oneself that we'll see them again in a magical land far away. (AND also it’s about reaffirming our own humanity, reestablishing order and goodness and predictability here and now). Anyway, that's my secular humanist take on it all, and even though I'm a godless secular heathen most of the time, I still cry my eyes out at all the grief, and the need for grievers to believe in heaven, and maybe I will too, when the time comes. We'll see.

Anyway, this is what's been keeping me up at night, but during the past two days I've been grounded in good human earthly goodness. This morning R. and I also went to a baby-naming ceremony for our neighbor's baby; it was so precious, so intimate, so beautiful. Have you ever been to one? It's the Jewish tradition for welcoming a baby into the community; the opposite of a funeral, but also a similar feeling of containment around meaning and life, and the meaning of life. Of course, I cried.

At the party I also met a woman with an amazingly tragic set of stories ... almost too much for me to even bear listening to … but that's the thing, I think: if we can make space for such stories, they are everywhere, they are part of humanity. This suffering is everywhere, as Buddha observed and as we all observe when we are open and compassionate. The trick is figuring out how to keep moving with light and hope in the face of suffering. And I guess that's why religion is an ongoing impulse and a never ending business ...

Thanks for saying yes to editing the "death" issue -- it's a critical topic and also strikes me as a highly unusual one in feminist circles…not in artistic ones certainly, but yes, in feminist ones. It's been helpful for me to think about during this week, and wonder why and how we aren't hearing much at all about the two women who were murdered in Seattle that day (and the third man, who wasn't part of these guys' band. And for that matter all the other people murdered in Seattle this year, most of whom were brown and black skinned). I know that the attention on these two men is related to the fact that they were so well known and connected (and connected to the kind of artists and musicians who can bring their art and spontaneously organize benefits and vigils)...but it also makes me think about how most people, and most women in particular are by their age of forties-fifties not very likely to be regulars in a cafe, just hanging out day after day, "holding court" as the papers are saying ... these guys were public characters, and drank and clowned around all the time, literally. They somehow made a living doing this, though I'm pretty sure they must have had other ways not discussed to keep the money coming in ... would the papers be as respectful of their “alternative lifestyles” if they were not white? If they were women?

Anyway, I can't even imagine two women, best friends, "straight," in their forties and fifties, of any color – living that life on the edge and yet taking up that kind of public space. Does it ever happen?

It’s been nearly two weeks now since the tragedy on May 30th. The lone shooting survivor did his first TV interview yesterday; he looks so sad, so empty. He’s a military vet; I wonder how this gun violence in his civilian life compares to what he saw in the military. I wonder if his military training is helping him cope in any way. Or not.

S. told me the other day on our walk that she thought I should get some therapy around this.

I never really meant for these thoughts to be published. At least not in this form, and certainly not this raw. Most of the content of this essay comes directly from a series of personal e-mails and journal entries that I wrote in response to the May 30th 2012 violent rampage in my hometown of Seattle, Washington, USA, where six people were shot, and five of those individuals were killed.

As a sociologist I tend to make sense of events by framing them within their comparative socio-cultural-historical-political context; as someone deeply sensitive to injustice, this macro-level perspective can also offer some emotional reprieve, or at least a temporary redirection from the intensity of my daily visceral experiences. Looking back on my writings during this time I am also struck by the power of live media coverage to facilitate emotional experiences around people we don’t even know. Our access to play-by-play coverage of such acts of human violation increases the opportunity for a range of reactions, including compassion and connection, secondary trauma, hopelessness and despair, moral finger pointing, and community building.  For some, these mediated experiences of mass violence leads to a push for political and social change. For many others, it leads to and ends with personal and political apathy. (These “gunmen” – these men with guns – they are just “crazy,” right? If they didn’t have a gun they would have found other ways to kill those people. There’s nothing that really can be done about this. Guns don’t kill, bad people do. Maybe they just didn’t have any good role models. Don’t mess with the right to bear arms.) Funny how all of these nothing-we-can-do-about-it excuses for access to weapons of mass destruction are forgotten when the discussion turns to “terrorism.”

Inspired by the wisdom of feminist theorists, I have long been committed to making visible the connections between my subjectivities and my academic and activist strategies. This essay takes my practice of personal-political transparency to a new level. Thank you Dr. Linda Van Leuven – co-editor of this Trivia issue on Death and also my long-time friend and comrade – for gentle but persistent encouragement to bring my musings on these matters out of my private circus and into the big top of public discourse.

While this can be dicey emotional territory, it is also a space that I believe is important to stay centered in when trying to work toward reducing incidents of massive violence. In the five months since this particular Seattle tragedy, at least half a dozen similar mass shootings have occurred in the United States. That is, at least one massacre per month. This situation is untenable, and yet what is even more shocking to me is the lack of political will to make systemic changes. I believe that social change around this issue must start with a serious re-evaluation of US weapons laws. But much can be done in the cultural and social realms as well. This includes taking arts- and culture-based programs and policies seriously; for example, devising strategies to ensure that everyone has access to supportive spaces for “clowning around” – spaces that are conducive for creativity, ritual, and connection in times of both joy and sorrow. And this can also include making sure that everyone has access to a good dose of therapy. Every one of us, at some point in our lives, will need it. 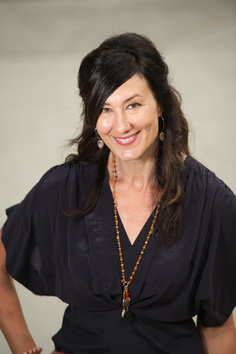 Kari Lerum (Ph.D. Sociology) is Associate Professor of Interdisciplinary Arts & Sciences and Cultural Studies at University of Washington, Bothell, and Adjunct Professor in Gender, Women, & Sexuality Studies at University of Washington, Seattle. Her scholarship centers on the study of social inequality, focusing on the intersections of sexuality, institutions, and culture. Her recent research has critically evaluated popular discourses about the "sexualization of girls," and discourses and policies about sex work and human trafficking. Her articles have appeared in a number of sociology and sexuality-related journals and edited volumes and she has a forthcoming book titled Sexuality: The Basics (Routledge). Her current research includes a community-based project with transgender sex workers. She is editor of the “Mediations” section of Contexts magazine, and she also writes for a variety of feminist and sexuality-related blogs.