Jill Johnston: The Audacity of a Dyke
Chocolate Waters

the audacity of dyke 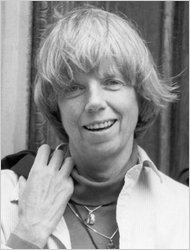 Jill Johnston cannot die. The spirit of a woman who was so outrageous that she rolled around on the floor with another woman at a “polite” panel discussion at NYC’s Town Hall in 1971 must be preserved. If we are to continue on the path of forging new definitions and inroads for women, Jill’s indomitable spirit must also be reborn in today’s generation of women and in the newest lives among us.

I first discovered Jill’s out and loud and brilliant voice in the pages of her “Dance” column in NYC’s Village Voice. It was the late ‘60s and in that time you were not lesbian or gay – you were queer. There was no Women’s Movement. No Lesbian movement. No Gay/BTQ Movement. In fact, there was no movement at all; at least not for those of us in small town America. Finding Jill was thrilling, inspiring and unprecedented. Her unique style and courage helped me and so many others to begin the process of coming out and to view the personal as political.

I believe Jill may be the first and only person I ever wrote a fan letter to. Although she didn’t answer the letter, I did meet her in person for the first time right after Lesbian Nation was released in 1973. The book, with its bold assertion that all women are lesbians—some of them just don’t know it yet—caused an absolute sensation among the political women’s communities of the era. Denver, Colorado, where I was working on Big Mama Rag, was no exception. When the University of Colorado @ Boulder flew her in as part of the book’s promotion we all rushed there to see her.

I remember thinking that Jill, who was in her early forties then, was a bit on the homely side, with her long straggly brown hair and scruffy denim jacket and jeans. Of course, as soon as she began to speak and we all became engaged by her and her ideas, none of that mattered at all. Indeed, Jill became more and more beautiful every time I saw her again over the years, with her silverish hair and long, lean dancer’s physique.

We did correspond for a while but I didn’t see her again until the early ‘80s when I relocated to Manhattan. She was one of the few NY contacts who actually tried to assist me in getting a job. We met for wine and soup at a popular spot in the West Village called the Pink Elephant, if I’m recalling the name correctly. She turned me on to some of her Village Voice contacts, including Arthur Bell, who was then a prominent gay writer. Even though I didn’t end up working for the Voice, I always appreciated the assistance Jill offered.

Over the next few decades I encountered Jill and her life partner, Ingrid Nyeboe, on a number of occasions, either at lesbian events, or readings at A Different Light Bookstore or promotions of Jill’s latest books. One of the most pleasurable memories is a car trip we all took together to a wedding in West Cornwall, CT.

Jill’s life was, of course, very much bigger than being creator and part of Lesbian Nation (that’s lesbian nation with either capitals or small letters). It is, however, what I and others of my generation will remember and cherish her for the most.

In fact, when I got the email from Ingrid last month letting friends know of Jill’s death, there was a Notepad file on my desktop labeled “JJ” – with a quote from an interview in the Gay and Lesbian Review, 2006:

Interviewer: “To what extent have you modified the central views you expressed in the book?”
JJ: “I haven’t modified anything I said in the book. I just don’t say it any more.”

Don’t rest in peace, dear Jill. Wherever you are, give ‘em hell! 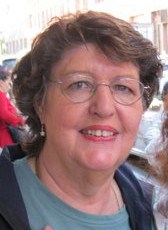