At any given moment in time, we are what we are; and we have to accept the consequences of being ourselves. Only through this acceptance can we begin to evolve further. — Bhagavad Gita

The call came early one rainy morning in October. I wasn't exactly surprised when I heard; it was the inevitable outcome of unfortunate circumstances. And now that it was over, I knew my life had changed forever. Yet in the aftermath of this loss, I realized I was given a second chance to examine the choices I'd made in the past. I was free to question who I was against the backdrop of infinite possibilities. Was I heading in the right direction? Or had I taken a wrong turn somewhere along the way?

Like most young girls growing up on the East Coast in the 1950s, I was expected to marry and have children when I got older. Yet even before I reached puberty, I somehow knew I'd never raise a child of my own. This feeling came to light the day my aunt and my two-year-old cousin, Darlene, paid us a visit. My mother asked me to look after my cousin while she and my aunt stayed inside, so I took Darlene out front to pick wild dandelions that speckled our lawn like yellow polka-dots. As the sunlight tickled our faces and the scent of magnolia blossoms seasoned the spring air, I heard a whisper deep within my mind, like the subtle voice of wisdom that often speaks truths too painful to say out loud. No children for you, it said.

Years later, I moved to Phoenix, married at twenty-three, and again felt the same pressure from others to have a child as I did in my youth. Though I was free to choose my own way rather than one scripted by social convention, I knew it was risky straying from the pack and heading off by myself. Yet I had to consider my options, especially since I wasn't ready for motherhood and the task of caring for an infant.

The decision to buy a place of our own five years later marked our official entry into the suburban subculture. We had left behind our collegiate lifestyle, trading it for one that demanded more maturity and responsibility. It felt like we were right on target in choosing a similar path as our friends and neighbors. What was next, we wondered?

I got pregnant shortly after we decided we should have a baby. Since it happened so quickly, I assumed that everything else would go as smoothly. But I didn't account for the physical and hormonal changes I would experience while in my delicate condition.

As the weeks went by, I found it increasingly more difficult to get a handle on my true identity. At times I felt so fragmented, it seemed like I was standing outside my body, watching this heavier version of myself walking about the house as if nothing was the matter. And when my pregnant friends told me they were shopping for strollers and reading their baby magazines (which I assumed was a normal thing for expectant mothers to do), I ran off to second-hand bookstores, looking for the answers to my concerns in books about Eastern religions and metaphysics. Yet no matter what I read, or how hard I tried to ease my troubled mind, I still couldn't find what I was searching for.

My labor began two weeks earlier than expected. When my husband and I arrived at the hospital, I was taken to a bed in a small labor ward and told by the nurse in charge that I'd "just have to wait it out" until my baby was ready to be born. But after fourteen hours, and still no baby in sight, I was wheeled over to Radiology for x-rays with no explanation as to why this was happening. As I imagined my doctor needed a closer look at what was going on (pre-natal sonograms weren't routine back then), I understood rather quickly that this procedure wasn't the norm for most maternity patients. No one I knew had needed x-rays before they delivered. Why was I the exception?

Afterwards, I was moved to a nearby room where I waited by myself for the doctor to return with the results. Minutes later, when I saw the doctor standing at the threshold—his expression distant, cold—I knew my situation had taken a turn for the worse. But at that point, it didn't matter. I had shut down. Given up. That's what no sleep and intermittent pain can do to a person. Looking back, I imagine he was so intent on telling me what was wrong that he barely noticed I was even in the room. Caught up in his own issues, he couldn't see that I had all but disappeared—that I was then just a shell of a woman lying on a gurney. Yet as he spoke, I did remember hearing two distinct words about my child that spewed from his lips like acid rain into the sterile room: Hydrocephalus—a girl.

Since her head was filled with excess fluid, a normal delivery wasn't possible, making a C-section the only logical choice. Following the surgery, my baby was transferred to a special unit at another hospital and I was moved to a private room, far away from the other mothers and their newborns. Alone, after my husband had left the hospital for the day, I felt an overwhelming sadness coursing through my body. Unlike my friends who then had healthy babies, I had failed at giving birth to a healthy child. But it wasn't the tragedy itself or the contrast between the other women and me that brought about these feelings. It was more like I had fulfilled my purpose, giving life to a beautiful soul who desperately needed to come into this world. Then, as I lay in bed later that evening, I heard the same whisper that had haunted me in my youth—its soft voice a mere impress within my mind—its message, the final retort: I told you so.

We named her Whitney. She remained in the hospital until her passing three months later. I never had another child after my daughter passed away.

In writing this piece, I thought a lot about the choices I made as a young adult. What did I learn from those experiences, I wondered? The answer to that question wasn't about the knowledge I gained since my early twenties. To me, this story is about living in the present and following the true light of my own spirit. It's more of a cautionary reminder to pay attention to my inner voice—warning me of what could happen when I refuse to follow the natural direction of my life.

I've always found comfort in believing that everything in life happens for a reason. Sometimes, from my limited perspective, it's difficult to see things that way. When Whitney passed away, I didn't think my life would ever fall into place. But it did—and better than I ever imagined. Though I never had a child of my own, I experienced the joy of watching kids grow and learn through my profession, as a teacher of children with special needs. 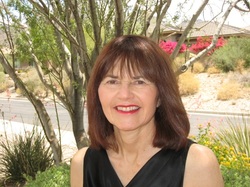 Diana Bollmann lives in Scottsdale, Arizona. She worked as a teacher for over twenty-five years and was a member of Wise Women Write, a group of professional women writers in Phoenix. Diana has published stories in the Sedona Journal of Emergence and Long Story Short Magazine, where her submission was awarded "Story of the Month." She is currently writing a collection of theme-related short stories.