My Women Have Spoken
Prerna Bakshi

No more, says
My Laxmi
As she calls for seizure of his wealth
Stands for redistribution of the wealth
That Vishnu - the capitalist
Made by stealth

My Rati is a whore
She is all about
Sexual desire
Rati - The not-so-mentioned sex Goddess
The Goddess of carnal, sexual desire
Lust, passion and sexual pleasure
The Goddess who mastered
The art of sex techniques
The inventor of countless
Sex positions
The Goddess who could enchant, and
Bring any man
Any meditating sage
Any king
To their knees
To her cunt, and
Could ask them to
Suck on it…
Suck on it…
More…
My Rati taught men
About the intricacies of sex
Long before
Vatsyayana came along
Claiming authorship of Kama Sutra
Alleging he taught the world

All my women misbehave
They break rules, cross lines, defy norms
They narrate their own stories, chart their own destinies, brave storms
Patriarchal myths can no longer define us and will be broken
For I have spoken
My women have spoken

This poem was written in response to patriarchal myths and narratives that have long ignored, excluded, and marginalized women's voices. It attempts to retell, recreate, and reclaim history, myths, and folklore from a feminist perspective. In the context of India, doing so is even more crucial today when dissent is increasingly being stifled, especially under the current Hindu nationalist right-wing government. This poem was a small attempt to re-imagine, re-interpret, and re-construct dominant texts, epics, and scriptures such as Ramayana and Mahabharata. In case this poem has disturbed some people, maybe they’ve been comfortable for far too long. 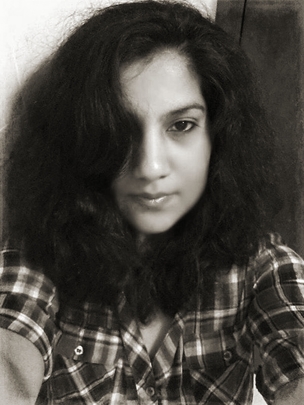 ​Prerna Bakshi is a writer, scholar, translator, and activist of Indian origin, presently based in Macao. She is currently a Ph.D. candidate in Linguistics at the University of New England, Australia. Her work has previously been published in over three dozen journals, newspapers, and magazines, most recently in Silver Birch Press, Wilderness House Literary Review, Kabul Press, Misfit Magazine, Peril magazine: Asian-Australian Arts & Culture, and Wordgathering: A Journal of Disability Poetry and Literature. Her full-length poetry collection, Burnt Rotis, With Love, is forthcoming from Les Éditions du Zaporogue (Denmark) later this year. The poem “My women have spoken” will be a part of the collection. She tweets at @bprerna.