a white flash, a life taken

He slides into our garden at light’s first slant settling in his spot beneath the olive tree. Under the bird feeder. An alpha male staking and stalking. An enormous white cat with lucent ears. Rather handsome actually. A useless bell dangles from his thick neck. He kills juncos finches chickadees towhees. Eagerly. Indiscriminately. Today he leaps to the fence triumphant, a screaming squirrel dripping from his mouth. Death terror pierces the morning stillness. Why this atavistic need. I know his owner. Nice enough. Surely he has his daily Fancy Feast. What timeworn urge seizes him, a summons from a primal past. Generations of domesticity collapse in a white flash. Is the veneer of civilization so thin?

I want to gouge his eyes out.

Frankie is the actual name of a vicious alpha cat who lives a few houses away. The owner is quite nice, but not willing to find another home for the cat. One day, I was looking out into our yard and saw Frankie grab a squirrel. I never knew squirrels could scream. In horror I watched him climb a fence with the squirrel in his mouth. And then I realized I wanted to kill Frankie. I was doubly horrified. 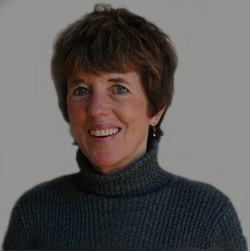