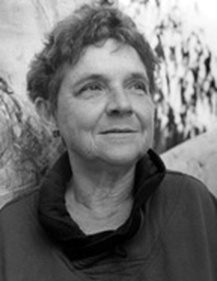 She was for me in many ways the beginning of coming to consciousness about feminism, about poetry, about the place of words to witness, to rant, to argue, and to give. She taught us the necessity of dreaming of a common language; the importance of seeking an atlas of a difficult world; the dangers of diving into the wreck and writing your way out. She has done so much for women, lesbians, and all marginalized people but as much for poetry, making it public, making it important, making it inspirational, making it make us aware.

Poetry as witness and protest.

Poetry as a tool to cultivate awareness and empathy.

Poetry as an act of love.

The New York Times called Rich’s body of work “a series of urgent dispatches from the front.” Dispatches we’ve been receiving for nearly half a century. Recognized early on as a feminist poet, Rich championed women’s rights, civil rights, and sexual rights as she embodied a lesbian identity. And she indicted language’s duplicitous character: “This the oppressor’s language // yet I need it to talk to you” (The Will to Change 1971). She criticized war, called for an end to poverty and racism, explored her Jewish origins, and continually worked to “reconstitute the world” (The Dream of a Common Language 1978). Like Audre Lorde, June Jordan, and bell hooks, Rich insisted early on and often that feminism move beyond white, middle-class women to be more inclusive of women of color and women from different socio-economic classes. Her feminist analysis of culture, history, and gender’s social roots continues to help my students understand a not-too-distant past and what kind of times these are.

It wasn’t until the late 1980s that I learned a lesson Rich started teaching in the 1970s. “When We Dead Awaken: Writing as Re-Vision” (1971) is an essential work in feminist literary criticism that called on a generation of feminist scholars to read texts differently. Yet it also called for using women’s anger as material for the female poet. Where Virginia Woolf’s A Room of One’s Own (1929) dared to take female creativity in new directions by dreaming a “more various and complicated woman,” Woolf’s tone remained, according to Rich, as “ a woman almost in touch with her anger” or as “a woman who is willing herself to be calm.” But by the 1970s, women’s poetry was “charged with anger,” and Rich theorized its necessity.

She acknowledged that “the victimization and anger experienced by women are real, and have real sources, everywhere in the environment, built into society, language, the structures of thought.” This fact of the world, of the legitimacy of women’s anger is real and cannot—should not—be denied or covered over or dressed up in detached objectivity. At the same time, Rich argues, we cannot “rest there”; there is work to do and writing to do beyond that anger or through it. That work and writing has everything to do with love even when we struggle to find a space “between bitterness and hope / turning back once again to the task [we] cannot refuse” ((Dedications) from An Atlas of the Difficult World).

Rich’s great generosity of spirit, however, ranges far beyond the domestic or interpersonal. Again and again, for decades, she has reminded us that writing can do the work of revision, of recording, of remembering. Rich informs us, “the very act of naming has been till now a male prerogative.” We don’t give up the past or ignore it; rather, “We need to know the writing of the past, and know it differently than we have ever known it; not to pass on a tradition, but to break its hold over us” ("When We Dead Awaken"). There is in knowing the potential for rupture and change.

As a poet, Rich’s reach never exceeded her grasp. Her poetics are at base materialist and honest about the frailty of thought and expression in a savage world. In her essay “Legislators of the World” for The Guardian (2006), Rich alerts us to the limitations of poetry: “Poetry is not a healing lotion, an emotional massage, a kind of linguistic aromatherapy. Neither is it a blueprint, nor an instruction manual, nor a billboard.” At the same time, she hails the promise and potential of poetry: “But when poetry lays its hand on our shoulder we are, to an almost physical degree, touched and moved. The imagination's roads open before us, giving the lie to that brute dictum, ‘There is no alternative.’”

Though poetry is not the revolution, it is a tool to see and to do what needs to be done.

In “Final Notations,” the last poem in the collection An Atlas of the Difficult World (1991), Rich wills us, her readers, to feel the hand of poetry on our shoulders and to open our imaginations to new alternatives. The poem opens and closes with a declarative refrain:

it will be short, it will not be simple

And then in closing:

it will be short, it will take all your breath

it will not be simple, it will become your will

Rich’s work will long remain relevant and necessary. For many readers of Adrienne Rich, her passing will be the occasion to take stock, to think and feel her legacy, and to summon the will to read and write like our lives depended on it.

For a detailed biography and bibliography, visit http://www.poetryfoundation.org/bio/adrienne-rich where you will also find audio and video clips of Rich reading her work. For additional audio clips of numerous readings and interviews, visit http://writing.upenn.edu/pennsound/x/Rich.html 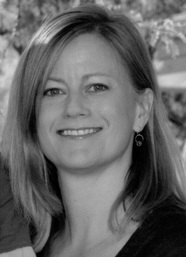 Sharon J. Kirsch is Assistant Professor of English and Rhetorical Studies at Arizona State University, where she teaches courses in rhetorical, literary and critical theory, American literature, and women’s writing. Her current books projects include Gertrude Stein and the Canons of Rhetoric, which reinterprets an iconic literary figure as a major twentieth-century rhetorician, and a co-edited collection of essays, Primary Stein, which draws on recent cultural, historical, and biographical work and returns Stein studies to Stein’s primary works. Recent publications include “Two Exhibits, One Film, and the Pleasures of Gertrude Stein” in The Feminist Wire and “PR Guns for Hire: The Specter of Edward Bernays in Gadhafi’s Libya” in Present Tense: A Journal of Rhetoric in Society.