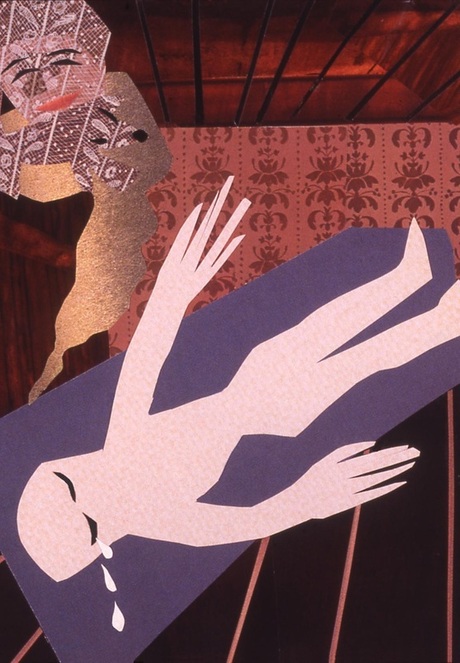 "Do the Dead Find Peace?"

In my cabin by the water, I lie on my bed seeing nothing, feeling nothing but my loss. My hands have grown large, wanting to reach you. I forget which of us has died. Did you know I loved you? I'm afraid I waited too late to say the words, and I cry.

The first anniversary of your death, I visit your gravesite. A stone bears the words, "Like the wild rose, she lived more." On the stone lies a single red rose. I cry, and my tears become a river carrying the rose to the heavens where it shines as the sun. I look up to see you smiling there, Phoebe on your shoulder. You are with me still, and there is no need for tears.

When you were dying, I bought a camera to show the grace of the great white heron as it lifts from the marsh. How close are love and pain, beauty and death. Were there no death, we could not cherish life. Now I live for both of us. Because of you, I make art. One and a half years have passed since you died. Here I am in my cabin, now looking outward. The beauty of your spirit goes with me always.

Sheila's death left me devastated. Now I was to give her eulogy in the synagogue the next morning and was anxious, afraid of leaving out something important, losing my train of thought, or bursting into tears. I went to bed unsettled, but in the night, Sheila's spirit came to me and said, mock-scolding, "Beth! I TOLD you I would help you!"

The next morning at Nancy's where I went to touch up my clothes for the service, there was a note on the ironing board. It read, "Sheila said she would help you with the eulogy and she will be in there pitching." It was so uncanny, I broke down and cried. Good, because crying exhausted my emotions so that at the synagogue when I eulogized Sheila, I was composed.

A year and a half later, I still mourned her. All summer I walked on the beach and made art that expressed my deepest feelings. I began with Sheila, the three stages of coping with my loss -- what you see in the triptych. I named the first image, "Do the Dead Find Peace?" from a phrase in Jeanette Winterson's brilliant novel, Written on the Body.

The passage evokes loss so effectively that I wrote it out by hand, around and around the outside of my piece, to frame the image and reinforce its message. Here is the passage from Written on the Body: "The moment you had prepared for so carefully took you by storm. The troops broke through the window and snatched the body and the body is gone. The day before Wednesday last, this time a year ago, you were here and now you're not. Why not?...Do the dead find peace beyond the rattle of the world? What peace is there for us whose best love cannot return them even for a day?"

I am honored that Trivia is publishing my "Triptych: Art Essay on Death." Telling the story of Sheila's death has helped me heal. 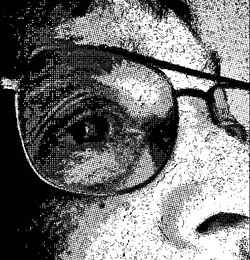