When I was most depressed,

This is the “death poem,” or jisei

certain scenarios would play in my head.

of a Japanese poet named Kaisho.

I would imagine picking some unincorporated tract

Although the consciousness of death is

in the high desert where gravel roads tail out

in most cultures very much a part of life,

into sand, where it would take

this is perhaps nowhere more true than in Japan,

months to find a body

where the approach of death

deep in a tangle of creosote bushes

has given rise to a centuries-old tradition

or propped against a Joshua Tree

of writing such a poem,

A suicide note would be a luxury

often at the very moment

I could not afford myself, a small poem maybe.

the poet is breathing his last.

In August of 2011, I committed to writing a poem-a-day for a month. Since I was nursing a broken foot, it seemed like a good time to just get work done. A poet friend sent a challenge--write a poem of ten lines interlineated with ten lines of some other text. I had been remembering a bout of depression and was at the same time rereading Yoel Hoffmann's Japanese Death Poems: Written by Zen Monks and Haiki Poets on the Verge of Death (Charles E. Tuttle Company, 1986). First, I wrote a ten-line poem describing a "suicidal ideation" caused by depression; then I chose ten lines of text from the book cover's front flap and slid the two together. I had to move some of the book jacket's text to get the line breaks I wanted, but the rest was fairly simple. 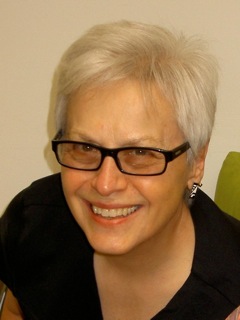 Eloise Klein Healy is the author of seven books of poetry and three spoken word recordings. She was the founding chair of the MFA in Creative Writing Program at Antioch University Los Angeles where she is Distinguished Professor of Creative Writing Emerita. Healy directed the Women’s Studies Program at California State University Northridge and taught in the Feminist Studio Workshop at The Woman’s Building in Los Angeles. She is the founding editor of ARKTOI BOOKS, an imprint of Red Hen Press specializing in the work of lesbian authors.  Healy’s A Wild Surmise: New & Selected Poems & Recordings will be published in 2013.