In another age,
the orangutans defined
freedom and chose not
to be entangled in words.
Voiceless, their eyes speak,
their lips sneer and smile.

The visitors discuss them.
Some call daily, checking
in as they might on a cousin,
imprisoned for decades.
Glass is thick between them.

Captured, the orangutans do
as they please. They are spoiled.
At teatime, their keepers serve
them multiple bottles of tea,
plus yogurt imbued with
birth-control pills. Swinging
among ropes, dangling from
tires, sorting through wooden
shavings, they study leisure,
they engage idleness.

The keepers discuss them
with psychologists, philosophers.
The orangutans polish the glass.
They gaze out at passing masses.
They imitate kissing couples.
They adore girls with red hair. 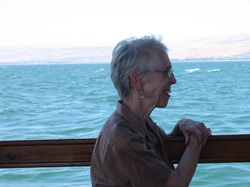