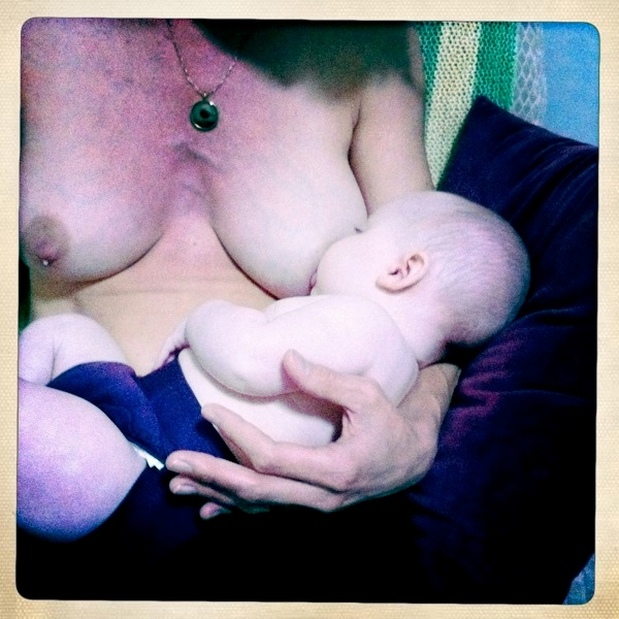 “Boudoir Portrait” is from a project exploring the physical transmutation of a woman’s body during motherhood. The body as site of work. The milk and blood. Here’s a close up. A chest untethered from the male gaze—made repulsive or vulnerable or beautiful. Two women push babies out. They sit together. They rarely sleep. There’s a camera. One takes a picture. Here we are. These maternal bodies. A new self and an annihilation. Bodies disfigured and holy. Carrying. Rocking. Feeding. Making another. 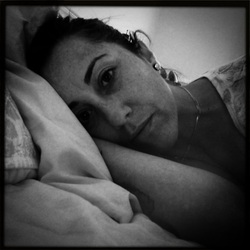 Leah Ingersoll is a graduate of UCLA, a mother of two, and a photojournalist. Her photographs primarily feature families in the domestic sphere and create flashes of narrative in their use of place, natural light, and candor. Her work has been featured in Romantic Country magazine and Project 52 on myfourhensphotography.com. For Leah, her biggest accomplishment is her work being featured in the homes of many who have allowed her to capture their most precious moments. Visit her at http://lingerphotography.com/ 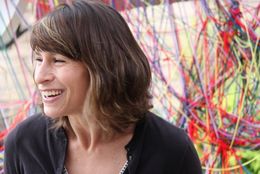 Kim Young is the author of Night Radio, winner of the 2011 Agha Shahid Ali Poetry Prize (The University of Utah Press), and the chapbook Divided Highway (Dancing Girl Press, 2008). She is the founding editor of Chaparral—an online journal featuring poetry from Southern California. Her poems have appeared in Los Angeles Review, MiPOesias, No Tell Motel, POOL, and elsewhere. She teaches creative writing at California State University Northridge and lives in LA with her husband and daughter.