​​A jury of angry old white women is out
sitting at a table groaning with evidence,
blinds drawn against slatted late-day sun
Some would hang him; one don’t want to kill.

Scattered on a table groaning with evidence,
blinding photographs show how bad the man did the boy.
Some would hang him. One don’t want to kill.
The plump one wonders when the judge delivers dinner.

Photographs show how really bad the man did the boy.
The oldest woman damns him straightaway.
The skinny one asks if the judge delivers dinner.
The bold one reminds them who abused him as a lad.

The oldest woman god damns him straightaway,
feels her nausea writhe like loathing.
The bold one restates who abused him as a lad.
All wonder just how sick sick can get.

Feeling nausea writhe like loathing,
blinds drawn against slatted late-day sun,
all wonder just how sick sick can get.
The jury of angry old white women is out.

A friend of mine served as a forensic psychologist for a while. Before one trial, he said, the defense counsel told him he had never seen such a jury of angry old white women. I have no idea what the trial was about, but the phrase stuck with me for many years. What made the women so angry? Abuse of children is what makes me angry, so this poem evolved. ​ 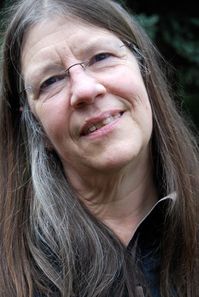