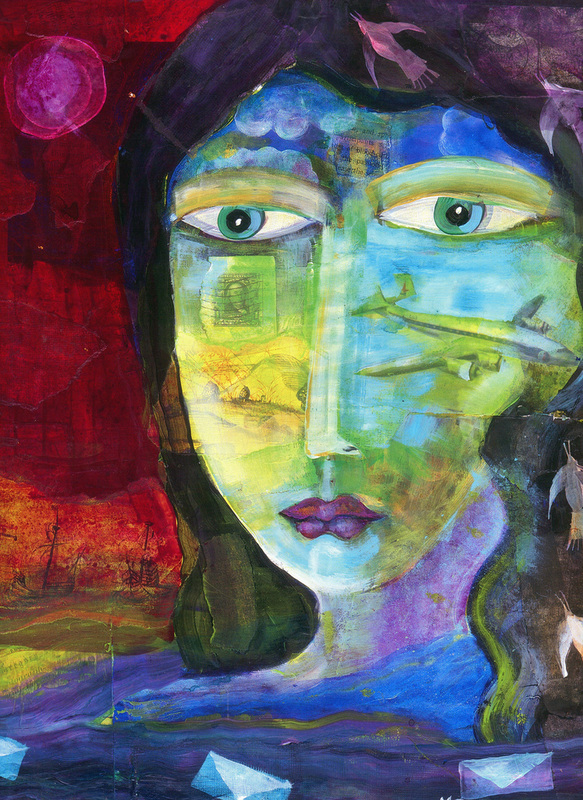 “The Nomad” was inspired by my travels through Eastern Turkey in Spring 2011. She is a mixed media collage created from both paints and natural pigment including a reddish brown mud from the Tigris River. Her face is a reflection of the strong and amazing women I met on my journey. The painting was finished in Şanlıurfa, Turkey. 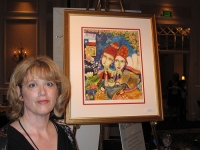