I would have been a confectioner, not Shakespeare’s sister,
​whirring a dozen egg whites into soft collapsible peaks
for baked rice pudding with black-blue currants,
stirring yeasty sourdough starter a few times a day
until it ferments vigorously, quicker in summer: a week
to evolve. I would have tried to find a way to the youngest Saltmarsh
who lives by the brackish waters, tall sea grasses, canals by crocodiles,
and sedges with their edges, whose heart is bigger than his head,
whose narrow bikeway of a torso might have said, on the last
day of the month, my rolls were his best meal in June.
My grandmother made yeast buns when she was sad.
Her other jobs—washer woman, dyer, doulah, butcher, maid, madam,
weaver, wag, scribe of To-Do, coach, cobbler, apothecary, pedant and
the soul of the place, alma mater, Reverend Mother, Mother Superior--
never made anyone as happy over her, with everyone close by, as baker.
But my grandmother was someone else, too: the prettiest wave,
stationed in Hawaii, one of the W.A.V.E.S, and smarter than the men over her
who roared the wrong directive once, got sent home, a shameful discharge.
Not a white-gloved fingerprint of dust on her bedsprings at the daily inspection,
an oldest child. Jane in and out of the libraries; Jane the Poet-Laureate
of Waikiki beach before it was touristy, before we made it touristy.
Poet of the banyan tree, also shade to the island-goddess wrinkled and little,
stringing purple orchids with a wooden needle. Jane outlives her leis
in the photograph, each drowsy surfer-hand gesture to the hoolah,
her ravished cigarettes imprinted with the kisses of World-War-Two red lipstick,
her split-the-shin grass skirt: how she ran a farm before this,
surfacing through rambling fields, vines, rising creek, or cracking
a watermelon open in her lap like a book spine loosening,
acquiring its book scent as it tastes the era. Jane today always gets the drift
even with her hearing aids out, even half-asleep, answering the phone at 95,
or crossing out, correcting the errors in her husband’s typed letters.

​This poem is written in celebration of my grandmother, who served in World War II and who was among few women who went to college, which she did on the G.I. Bill. I wanted to draw attention to her leadership, teamwork, perfectionism, and intelligence, seen throughout her life, and she had many “lives” and played many roles. Although she was chosen for certain positions because of her beauty—her male superior wanted the “prettiest of the W.A.V.E.S” to work for him—she was highly skilled and seasoned, as so many women were. Even today, women are scrutinized and paid less for certain jobs, yet, looking back, women had a long list or index of jobs they performed that showcased their leadership and intelligence: I am thinking of women like my grandmother who wrote a book, cooked and baked for her family, got a college diploma, served in the Navy, opened up a school, raised children, etc. The poem opens with a reference to Virginia Woolf’s famous lecture about Shakespeare’s imaginary sister who would never have gotten her just rewards, but would have been fated to die nameless in a sexist society: ordinary women like myself might have brought their fastidiousness and perfectionism to baked goods instead of books had we lived in a different era. I wonder about whether I would have had the courage my grandmother had to be an extraordinary ordinary woman. Ultimately, I wanted to write this poem for my grandmother while she was still living to honor the legacy of women like her who were educators, homemakers, war heroes, writers, and feminists.

“Index of Jobs” is reprinted from Feminist Studies, where it originally appears in issue 42.1. 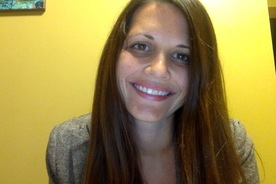 Hannah Baker Saltmarsh has published in The New Republic, The Yale Review, The Antioch Review, The Denver Quarterly, The Times Literary Supplement, Gulf Coast, and other journals. She holds a Ph.D. in English Literature from the University of York (UK) and an MFA in Creative Writing from the University or Maryland. She is an Assistant Professor of English at Dillard University and lives with her family in New Orleans.