And let's not forget the 2 alcoholics, who tried to kill it with fire.
And then the talk pops up about how female
self-destruction, self-harm, is cliché for a writer.

I've been done too much,
My demons have turned me into
A bit of a literary slut.

I set out to be original
But my inward sins caught up with me,
Bounced off of mirrors, reflected backwards, to change what you see.

I know I look at my scarred arms
And want to hit CTRL-A, then DEL and move onto the next,
But it's a useless function when I've already pressed CTRL-X.

I know some parts don't belong in this piece
They may fit better in something less overwrought
But after 3 decades of writing, I've run low on imaginative thought.

I know my lack of mastery over words and language
Often makes for an uneditable mess
And I'll admit that I've tried twice now to throw it in the trash.

“Not this, again,”
Says the reader to the writer
And the writer to herself.

Not all women,
But of course,
Have the propensity to deface themselves.

It's nothing exceptional --
To document the exception,
To not surpass expectations.

It's frankly confessional --
But not fiction,
To fit in the contradictions.

“Art is a way of dealing with hopelessness, with anger and despair and loss. It is a creative response. While there is a real distinction between art and therapy, the truth is that art is therapeutic. It helps you to take something that is within you and make a place for it outside of yourself.”
― Kim Addonizo, Ordinary Genius

“Perhaps some day I'll crawl back home, beaten, defeated. But not as long as I can make stories out of my heartbreak, beauty out of sorrow.”
― Sylvia Plath, The Unabridged Journals of Sylvia Plath

“Sorrow, weeping, starvation, and eventually suicide have been dismissed as symptoms of mental illness or even pure narcissism for girls. I’m proposing that they are actually active, autonomous, and political as well as devastating.”
― Audrey Wollen, on Sad Girl Theory

This poem was written in response to a discussion on inner demons in art during a poetry seminar I attended. The class, largely made up of women, almost unanimously agreed that drawing upon your demons in your writing, such as loss or addiction or self-harm, was cliché, or too easy of a topic. I took this seminar soon after I had left an intensive outpatient therapy program, also largely made up of women. Each of the women I met there embodied one or more of those aforementioned “clichés.” The confessional school of poetry has become passé, but we should not write off the voices of women who create art out of their personal suffering, just because “it's been done.” We are real, we have voices, and we are using these voices to make statements that are much larger than the demons we carry. 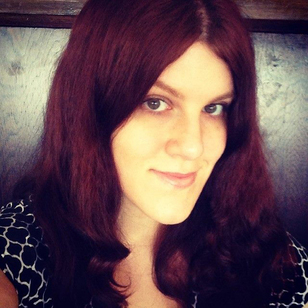 Jessica Sheets holds a B.A. in English from San Diego State University. Her poems have appeared in Yay! LA Magazine, The Los Angeles Review of Los Angeles, and The Fem. She is currently working on a chapbook manuscript titled Naked Selfies.