Artist's Didactic Statement: The base of my original handmade femmage — “Ascension of St. Thomas” the Apostle — is a poster reproduction of “The Sensual Immortals,” a Selection of Sculptures that were shown at the Los Angeles County Museum of Art on Oct. 27, 1977 – Jan. 15, 1978. The Khajuraho Group of Monuments is a group of Hindu and Jain temples in Madhya Pradesh, India. My “holy scroll” started out as a 16" H x 20" W art piece of the Blessed Virgin Mary, Pendleton blanket motifs and the 28 handed Indian goddess Durga – and grew into a 7-foot long manuscript over the Easter/Passover weekend of April, 2015. After our Seder on Friday night, I was inspired by the beauty of pink Streit’s Matzo boxes and pink sari fabrics in my studio. The constellation VIRGO is watching over Queen Victoria and her two granddaughters. My Maryknoll Missal provided a Holy Week image that I transformed into a feminine Christ-like icon. Two erotic lovers embrace among printed elements of roses that I added to pay homage to springtime romance with printed elements of Georgia O’Keeffe’s clouds turned-on-end. Hawaiian goddesses play in the blue water among Sanskrit printed texts. A Native American maiden is transformed into a transcendental East Indian who is deep in meditation as she sits on a universal embryo, waiting for it to hatch. Playful collages of paper dolls circa 1950 adorn the bottom of the document with a pregnant Frida Kahlo, East Indian St. Thomas, and cowgirl friends. More Virgin Mary's float above American poet and novelist Sylvia Plath as well as Welsh poet and writer Dylan Marlais Thomas – since April was National Poetry Month. Decorative rice papers and vintage sari fabrics finish off the bottom. Thomas the Apostle (called Didymus which means “the twin”) was one of the Twelve Apostles of Jesus Christ, according to the New Testament. He traveled as far as India to preach the Gospel. 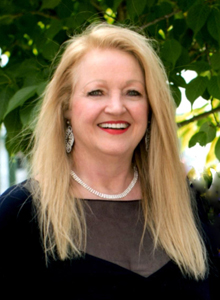 Rhonda Thomas-Urdang is a studio artist working across multiple disciplines. Since founding Flagstaff Feminist Art Project, she has worked primarily in femmage, collage, and assemblage.  Her thought-provoking art pieces have been exhibited in more than 20 national juried and international group shows in 16 states since June 2014. Rhonda received her BFA in painting from the University of Nebraska at Omaha and worked in the graphic arts industry as a color separation artist. Her art works are held in private collections and her experimental approach has earned numerous awards.