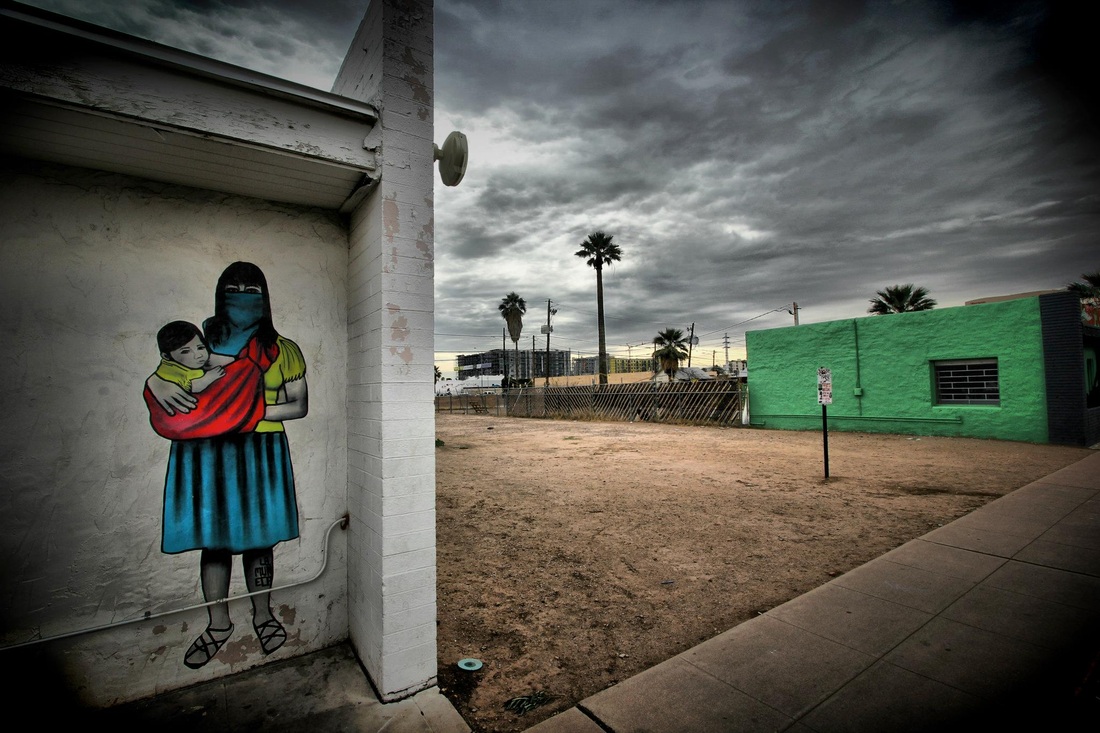 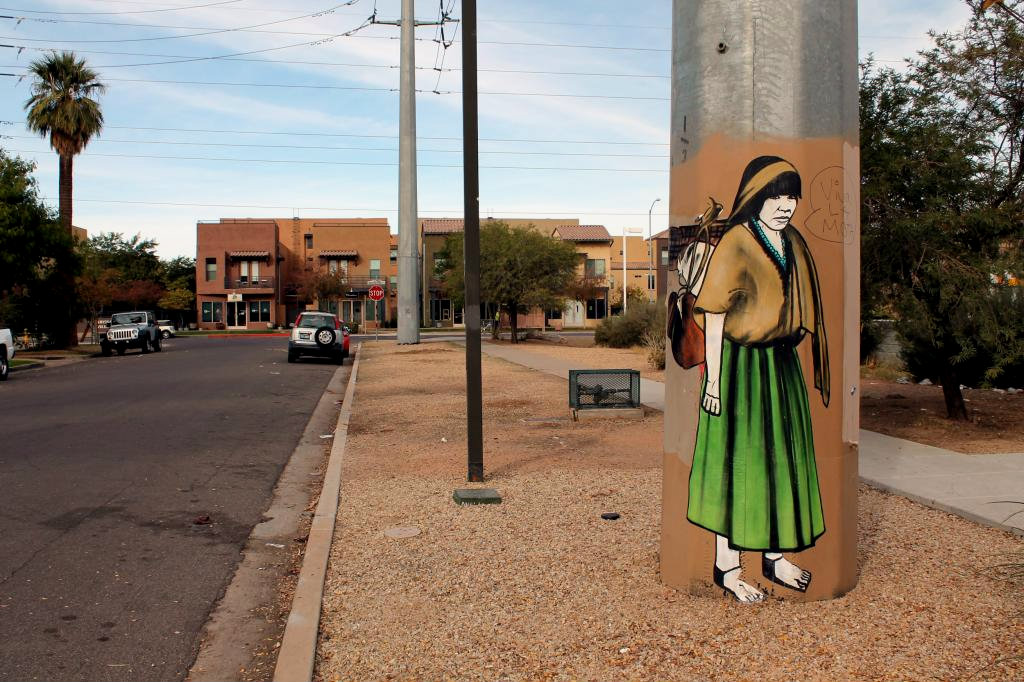 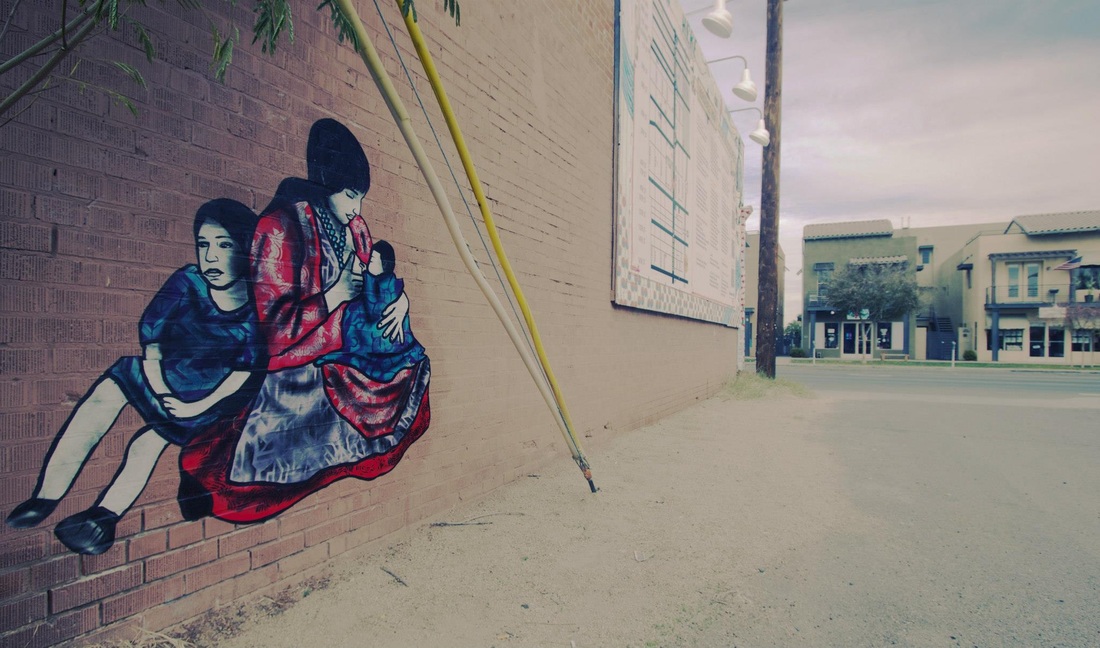 I install these wheatpastes in spaces along 16th Street and elsewhere in Central Phoenix. I put them up in small blank spaces, and I do it without permission, although I try to install each one with respect and consideration for the environment around it....  The line between art and vandalism is blurred... in my mind i am giving a gift of art to my community, paying respects to my ancestors.  I don't believe what I do is wrong, especially when we are constantly being bombarded by corporate billboards and commercials for products that make us sick... We the people didn't give them permission to them, to post their obnoxious ads that make us feel we aren't good enough if we don't consume...Each piece of art i do is monumental. Think of the women who live in Mexico, supported by money sent from Phoenix and other large cities north of the Border.  Think of a people who have been displaced because of our nation's greed, and had their culture systematically stripped away (almost), as soon as they arrive in the US.. Think of relatives who have worked hard to feed their communities and continue to work hard to feed your community, while living with the constant fear and anxiety of being caught as an illegal. Think of the women who walked across the desert long before there ever was a border, and certainly hundreds of years before there was a sheriff or SB1070. Think of the proud women of the Mercado, making tortillas and a humble living.  Think of the mothers feeding their babies the way nature intended, with no concern for "modesty" or the hyper-sexualized culture that has been forced upon us all. I portray strong women doing everyday tasks because that is the beauty in life... This is all we have.

Ningun ser humano es ilegal... No human being is illegal.... 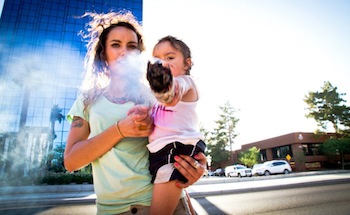 Niba DeCastillo took all the photographs of my work: http://www.flickr.com/photos/lucys-fur/