At Cabot Beach
all that glitters
is not
sea glass
beauty to be had
at little cost.

Polished silver driftwood—
a straight stem,
its gnarled fan of roots—
pearls morning
with no memory
of its coarse bark
brown sheath of life.

When gulf water
meets red sand, red cliff,
it curls white ruffles
in the wake
of the oystermen
putting out to satin sea.

And like rubies,
medusa sea jellies,
still moist,
and a sea skate,
its opal underbelly exposed,
have washed ashore
to glisten with fresh death.

This is the beauty
to be had
at Cabot’s Beach:
the glittering litter
not of sea glass
pocketed to take home
but the mantle, the jewels
of the dead and gone
to remember.

“Proper Adornment” addresses what I think of as a healthy, occasional pre-occupation with death. I’ve made a modest crusade to combat the Western world’s sanitation of death. A road crew comes upon the carcass of a deer and the roadkill is promptly hauled away. The mortician gets to work making a corpse look lifelike. We’re trained to avoid looking the dead in the eye. But death is part of life and I prefer to stare at and study the dead at my feet, whether in a poem where you find the speaker on a beach on Prince Edward Island as in this poem, or through the hundreds of photographs I’ve made of tire-ravaged squirrels and raccoons on the highway, or shark-chomped salmon and wave-torn bivalves strewn on the sand. Death is a thing of beauty; death is natural. 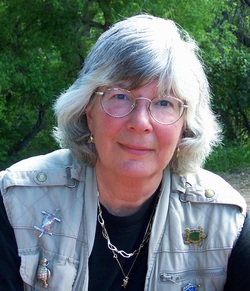