​Since my 2014 publication of the first-ever biography of Valerie Solanas (Valerie Solanas: The Defiant Life of the Woman Who Wrote SCUM (and Shot Andy Warhol), Feminist Press), controversies and conflicts about what constitutes radical feminism, why it matters, and how it should be contextualized and captured as a distinct historical moment have appeared throughout the mainstream media.  With the death of Shulamith (“Shulie”) Firestone on August 28, 2012, and the subsequent “What Is To Be Done” conference on October 5, 2013, in New York City, radical feminists active in the 1960s and 1970s are starting to take stock of their accomplishments, assess and reassess their priorities, and make a call for future activists to carry the torch.

In this context, my forthcoming book, Firebrand Feminism: The Radical Lives of Ti-Grace Atkinson, Kathie Sarachild, Roxanne Dunbar-Ortiz, and Dana Densmore (University of Washington Press) provides a timely and distinctly feminist reading of the histories of second-wave radical feminism and the relevance of radical feminism to contemporary feminist conversations.  The book showcases the powerhouse intellectual contributions of four radical feminist activists, highlighting their “take-no-prisoners” stance about everything from academia to liberalism, Bush to Obama, “girl power” to trans studies.  Firebrand Feminism features the lives and work of four radical women whose activism, leadership, and theories changed the world and moved the women’s movement into a more radical stance: Ti-Grace Atkinson, Kathie Sarachild, Roxanne Dunbar-Ortiz, and Dana Densmore.

Beginning with an analysis of feminist rage and why anger is crucial to feminist sensibilities and feminist organizing, the book then considers the importance of refusals (that is, saying no to sex, revisiting separatism as valuable, and imagining new sexual politics where refusal (“the no”) matters as much as “the yes.”  I then focus on radical feminist tactics and interventions, particularly the strategic decisions radical feminists used to accomplish their goals, followed by an analysis of sex, love, and bodies, particularly in critically assessing previously “untouchable” subjects like romantic love and sexual access to women’s bodies.  The book then veers into a thorough analysis of radicalism and rebellion, particularly in reimagining what it means to “go to the root” (as the word radical implies) and to reject liberal sentiments of “It takes time” and “Wait patiently.”  The final two chapters take up the question of what is at stake when conceptualizing women as a social class, particularly in light of recent controversies over radical feminism as inherently “trans exclusive,” followed by a final chapter that examines intergenerational dialogues between feminists and how younger feminists can learn and draw from the work, successes, and mistakes of older radical feminists.

Perhaps most significantly, the four women featured in this book all considered themselves colleagues and allies, yet differed from each other in meaningful ways.  These points of contention and overlap inject Firebrand Feminism with a spirited, controversial flair, as they not only take on each other, but, collectively, they take on much of what underlies contemporary liberal feminism. These women are fierce, ahead of their time, and still have much to say about the directions (past and present) of feminism and the movements aligned with it.

Ti-Grace Atkinson, author of Amazon Odyssey (1974), has rarely given interviews since the early 1980s, yet she remains active in the women’s movement and committed to continuing her philosophical and activist work that situates women as a class.  Drawing from her background as a “Southern lady” of Louisiana, Ti-Grace married her cousin, divorced him, became the chapter president of New York’s National Organization for Women (N.O.W.) and shocked the world by radically splitting from Betty Friedan and starting New York Radical Feminists.  Known for wildly controversial claims like: women should adopt political lesbianism; vaginal orgasm is a mass hysterical survival response; and the Virgin Mary had an active sexuality, Ti-Grace has experienced a lifetime of fierce and intense provocations.  She was slapped in the middle of one of her talks at a prominent Catholic University, and went on to support a leading New York Mob boss prior to his early death.

Kathie Sarachild, author of Feminist Revolution (1979), grew up in a Communist household where, in the seventh grade, she campaigned with her mother to allow girls to take shop classes and boys to take home economics.  In college, she helped defeat the curfew and sign-out restrictions on women’s dormitories and later opposed the Vietnam War as the only woman on the editorial board of The Harvard Crimson. An activist with SNCC in the Mississippi Civil Rights Movement in 1964-1965, she spent 13 days in jail and lived through her house getting teargas-bombed and shot into.  Active in the Labor Movement and the Women’s Movement, she crafted slogans (“Sisterhood is Powerful”) and developed strategies like “consciousness-raising” that fueled the wildfire spread of feminism.  Anne Koedt and Shulie Firestone called her “the originator of consciousness-raising,” as Kathie argued that the basis of political activism must bring in the seemingly minute or trivial aspects of life (love, sex, the body, domesticity, and so on) into the fight against patriarchal oppression.  Active in the Miss America protests, Kathie also changed her last name to “Sarachild” to honor her mother Sara and to protest the expectation that children would always take their father’s or husband’s last name.  She helped to found Redstockings, which protested abortion prohibitions and actively campaigned for radical upheavals in women’s lives.
​
Roxanne Dunbar-Ortiz, author of Outlaw Woman (2002), Red Dirt (1997), Roots of Resistance (2007) and Blood on the Border (2005), grew up in central Oklahoma as the daughter of a sharecropper and a half-Native American mother.  With her grandfather an active member of the Wobblies, her family participated with the Labor Movement and the Socialist Party for much of her childhood.  Married and divorced quite young, she left her life in San Francisco to join activists in Cuba and, later, worked with the American Indian Movement and the Women’s Movement.  Inspired by Valerie Solanas, Roxanne cofounded the radical feminist group Cell 16, a militant feminist organization that advocated separatism, self-defense, celibacy, karate, and radical resistances to patriarchy.  Active also in monitoring the Contra War, she took over 100 trips to Nicaragua and Honduras during the 1980s and fought actively against the Reagan administration’s corruption.

Dana Densmore, the daughter of Donna Allen, a founder of Women’s Strike for Peace and an activist on the board of the Women’s International League for Peace and Freedom, grew up working in the peace movement.  Fighting against nuclear testing and advocating for the draft-resistance movement, Dana later cofounded Cell 16 with Roxanne Dunbar-Ortiz.  A lifelong scientist and one of the pioneers of radical feminist science studies, Dana helped to found (and contribute to) the journal, No More Fun and Games.  She has written about topics as controversial as celibacy and the “hangup” of sexuality for women, the need for sexual independence from men, and, as a scientist, Newton, gravitational pull, and elliptical orbits.

Firebrand Feminism showcases the work of those who resist (and how they resist) to help readers imagine new ways to approach thinking about, studying, and understanding radical feminism.  We are now at that crucial moment in history when the history makers are still alive to contextualize themselves, to shape and highlight and move the debates that surround radical ideas and radical women.  From “red diaper babies” and Sandinistas to New York Times protests, sit-ins, freedom rides, and militant separatist communes, these women inhabited and transformed the history of how we see sexuality, the body, science, and politics, and they did so largely without the recognition they deserve.  This book fires back against overly reductive framing of radical feminism and radical feminists, addressing the trials and tribulations of being a radical feminist over the 50-year cycle of the ebbs and flows of feminist mobilizations.
​
Ultimately, the book asks: How do the strategies, tactics, and goals of radical feminism inform the various futures of today’s feminism? Why have the histories of radical feminism been largely ignored, obscured, and forgotten, and what can these histories offer to contemporary thinking about political alliances, sexuality/bodies, and future transformations of feminism?  Finally, how can the stories, words, and contributions of these radical women continue to provoke, transform, and change our understandings of what is possible?  If radicalism teaches us anything, it is to expand our definitions and understandings of the possible and to imagine differently, moving far beyond liberal postures of patience and politeness and to delve instead into the wild and expansive possibilities of ourselves and our histories. 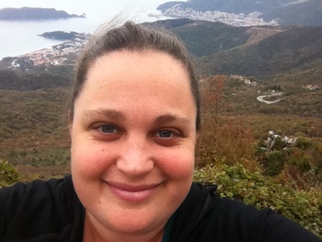 Breanne Fahs is an associate professor of women and gender studies at Arizona State University, where she specializes in studying women's sexuality, critical embodiment studies, radical feminism, and political activism.  She has a B.A. in women's studies/gender studies and psychology from Occidental College and a Ph.D. in women's studies and clinical psychology from the University of Michigan.  She has published widely in feminist, social science, and humanities journals and has authored four books: Performing Sex (SUNY Press, 2011), an analysis of the paradoxes of women's "sexual liberation," The Moral Panics of Sexuality (Palgrave, 2013), an edited collection that examines cultural anxieties of "scary sex," Valerie Solanas (Feminist Press, 2014), a biography of author/would-be assassin Valerie Solanas, and Out for Blood (SUNY Press, forthcoming in 2016), a book of essays on menstrual activism and resistance. She is currently working on a new book about radical feminist histories and their links to contemporary problems of sex, gender, and justice (forthcoming with University of Washington Press).  She is the director of the rambunctious Feminist Research on Gender and Sexuality Group at Arizona State University, and she also works as a clinical psychologist in private practice where she specializes in sexuality, couples work, and trauma recovery.