Writing ekphrastic poetry is my passion. I studied fine arts as an undergrad, but when I became a high school English teacher, I was asked to also teach Arts and Humanities, a task that took me back through research of art history in a more inclusive method. After all, it was my job to teach these works, beginning with the Paleolithic/Neolithic time period. What I found was a lack of women’s works until almost the Impressionist era. As a feminist, of course I was interested in researching what works by women did exist.

When I write ekphrastic poetry, I carefully study not just the works, but also the lives of the artists for the details that make poetry come alive. This suite of poems specifically reflect on women’s art from the pre-Renaissance era. “Venus of Willendorf” is only one of the many goddess figures archeologists found from the Neolithic time period. There are many theories to explain the purpose of these figures. Were they objects of exchange like money? Were they fertility objects with magical powers? Why were they scattered around burial sites? These questions are asked in the poem, but not answered.

Hildegard of Bingen was a Benedictine abbess in the twelfth century. She was considered a mystic. She actually created an original language to communicate. The poem is entitled “The Viriditas of Hildegard of Bingen” from the epigraph I use of her own words. I make reference to a modern band called Phish because she believed the monophonic chants lead humans to the breath of life, something I experience when I listen to Phish.

Christine de Pisan is one of the women I consider one of the first feminists in Western history. A fifteenth century Italian widow, she chose to support herself through writing The Book of the City of Ladies. Her personal philosophy that life’s tragedies can actually better your life rings true today. I was so inspired while researching her life of her courage to pursue writing as a woman and by choosing topics such as Joan of Arc. As a mother, I was heart-broken to learn she lost her own child. What strength and courage are found in her words.

All three poems break traditional rules of structure on purpose. These are feminist works written about women and their roles in a society that did not value the voices of women. The breaks in line serve to give breath. “Victor over Medieval Misogyny” is not a traditional contrapuntal, but notice the words to the right can serve as a listing poem on its own. I interject my own voice in all three poems because to write ekphrastic poetry, one has a distinct relationship with the art work. A relationship that spans centuries and is still relevant today. 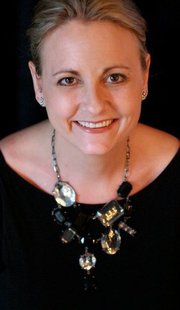 Elizabeth Beck is the author of two books of poetry. Nominated for the Pushcart Prize and the Lenore Marshall Prize for poetry, Elizabeth also writes fiction. She is the founder of the Teen Howl Poetry Series that serves the youth of central Kentucky.